My grandfather was Leslie James, born 1905 in Nottingham. He and his older brother Ernest spent their early years there, before the family moved to Cheadle Heath near Stockport. His younger sister Irene was born in Cheadle Heath. The family collected postcards during the early part of the 20th century. I have 2 albums full of postcards recording the daily comings and goings of the family, giving small snapshots of their lives, recording trips to the seaside, birthdays or just little messages to each other.

Leslie married Dorothy Fraser in 1931 in Stockport and they had their only child, my mother, Pamela Lesley James, 3 years later. Les trained as a butcher and until his death in 1982 ran a butchers shop in Cheadle Heath. Initially the family lived above the shop, but later moved to Hazel Grove. 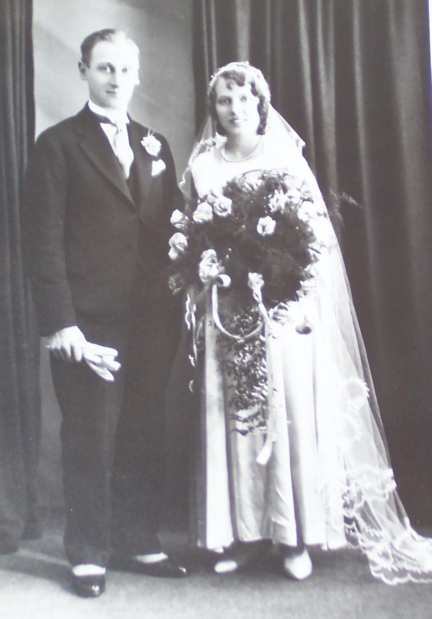 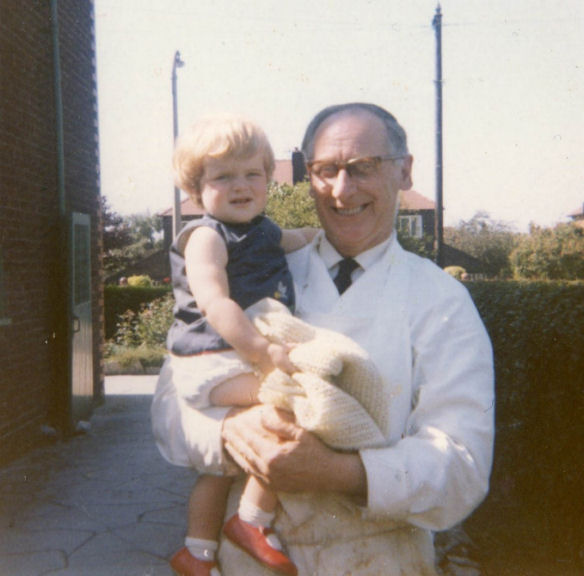 Leslie's parents were Frederick James and Ada Louisa Shepherd, who married in Nottingham in 1900. Frederick worked on the railways and Ada was a tailoress. For more information on Ada and the Shepherd family, follow this link:

Frederick James was born in 1879 in Nottingham, the oldest child of Thomas James & Emma Lowth. Thomas and Emma had married on 12th September 1878 at Nottingham All Saints parish. Thomas was a fishmonger and in 1881 the family can be found living at 12 Gamble Street, Nottingham. In 1891 they were living at 96 Derby Road and the table below gives a transcription of the 1891 census (RG12/2682 Page 4 schedule 34):

By 1901 the family had grown and were now living at 19 Frederick Terrace. Thomas & Emma were lucky in that all their children survived to adulthood and all were present in 1901 except the oldest Frederick James who was recently married and living nearby. The table below gives a transcription from the 1901 census (RG13/3176 Page 4 Schedule 19):

When their second youngest son, Charles, got married sometime around 1920, many of the family were present. Please click on the following link to see a partially annotated photograph of this wedding:

The photos above show Thomas James & Emma Lowth in later years. On Thomas & Emma's marriage certificate, Thomas had put his father's occupation down as "Rotarian". For years, I couldn't find out what that meant, nor could I find any trace of his father Charles James. Finally with the help of some good people on the Nottingham Rootsweb mailing list, I discovered that Rotarian probably stood for Rotary Knitter. Frame-work knitting was a major industry in Nottingham at the time, so this seems a likely explanation. So for more information on Thomas James' early years and on his father Charles, please click on the following link:

The family tree below summarises what I know about the James family. It is hopefully reasonably accurate, but if you spot any errors, or any relatives, please feel free to E-mail me