Ada Louisa Shepherd was one of my great grandmothers. She was born in 1877 in Nottingham, the sixth child of John Shepherd and Eliza Brooksbank. She worked as a tailoress, which may explain the immaculate nature of her dress in the picture above. Ada married Frederick James in 1900 in Nottingham with one of her brothers (Ernest Shepherd) and one of his sisters (Mabel James) as witnesses. Ada lived to a ripe old age and my mother had many fond memories of her (many of them concerned with her cooking skills!) For more information on Ada and her children, please click on the following link:

Ada's father John Shepherd was born in 1847 at Clifton, Nottinghamshire, the son of George Shepherd & Fanny Wright. In 1851 the family were living in Calverton, Nottingham, but by 1861 the family can be found at 6 Scotland Yard, Nottingham. John was then employed, aged 13, as a Paste Board Maker, so he obviously began his career in the paper box industry at a young age!

John must have met Eliza Brooksbank sometime in the mid 1860s. John married Eliza in 1866 at St Mark's church, the ceremony being witnessed by his older brother William & his wife Maria. For more information on the Brooksbanks, please click on the following link:

By 1871 John & Eliza were living with their 3 children in the Radford area of Nottingham and John was working as a paper box cutter. By 1881 the family were living at 67 Edwin Street, Nottingham and John Shepherd was still shown as a Paper Box Cutter. The family were still at No. 67 in 1891 and John had progressed to become a Manager at the Paper Box Factory. The table below gives the details from the 1891 census.(RG12/2694 Folio 26)

By 1911 the family had moved back along the street to No. 69 and all but the youngest three children (Albert, Edith & Lily) had moved out. John & Eliza had a long life together, they were married for over 55 years. John worked in the paper box industry all his life and was successful enough to support a large family. They seem to have finally settled at No. 69 Edwin Street, as they were still there when John died in 1921 and Eliza in 1935. Whether they owned or rented the house is unknown, but the family continued to stay there at least until 1945 when their son Albert Shepherd died.

Of John & Eliza's twelve children, all but 1 survived to adulthood and of the remaining 11 all but 1 married and produced children. Despite this I only have photos of 4 of the children - there must be lots of descendants out there, it would be great to get photos of a few more of Ada's siblings. The family generally seem to have been quite close. An album of postcards collected by Ada's son Ernest shows frequent letters and exchanges between them - although most of the postcards seem to be written by the wives. It looks as well as if Ada & Fred may have gone on holidays or days out with her sisters Lily & Edith, the two photos below certainly have a holiday feel to them. 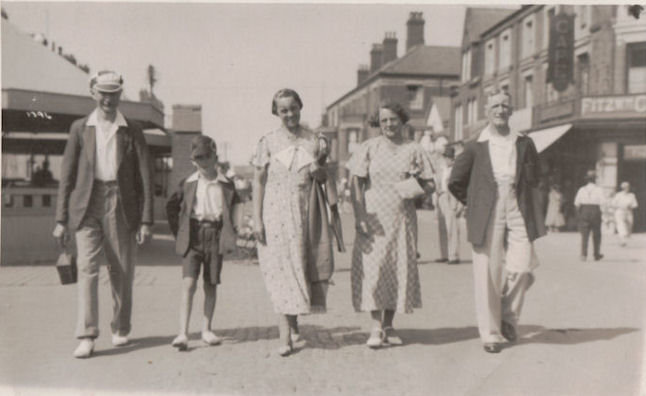 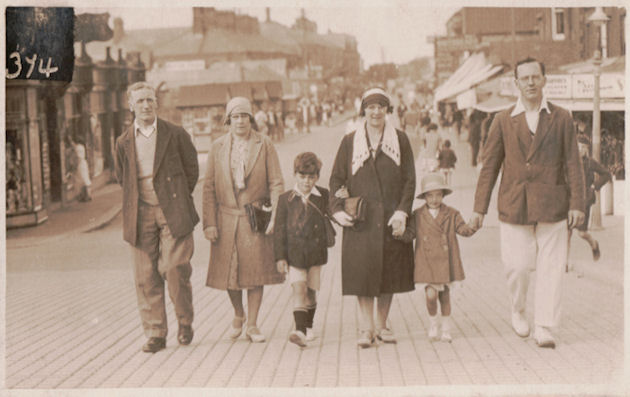 For details of the earlier generations of the Shepherd family, please click on the following link:

The family tree below summarises what I know about John Shepherd's family. It is hopefully reasonably accurate, but if you spot any errors, or any relatives, please feel free to E-mail me