William Rowbree (or Rowberry) was born in 1817 and baptised in Orcop, Herefordshire on 7th December. He was the eldest son of Sarah Ruck and George Rowberry, who went on to have 4 more children after William. George probably died in 1828, and Sarah went on to have 3 more husbands. For more information on Sarah Ruck, please click on the following link:

In the first available census, 1841, William was living at Pentwine Common, Kilpeck, with his widowed (by this time twice widowed) mother, his sister Mary and his three half sisters Hannah, Eliza & Emma. On the same census page was also Sarah Llewellin, aged 15, who William married in 1846. In 1851 the family were living at Yew Tree Cottage, Kilpeck, with the two eldest daughters. William was described as an Agricultural Labourer. Also at the cottage was Elizabeth Llewellin, Sarah's widowed mother. The table below gives the details from the 1851 census (HO107/1978 folio 533).

By 1871, the family's fortunes must have improved somewhat. They were still living in Kilpeck (at Crofton or Grafton Oak now), but William was described as a farmer of 12 acres employing one labourer. They must have moved to Crofton Oak at some time in the mid 1860s, as they were there in 1866, with William as a farmer, when they had their son Edwin John baptised. They remained there at least until 1881, although by then, William was back to being described as an Agricultural Labourer. For a map of Kilpeck click here

Today there are many descendants of William & Sarah, both with and without the Rowberry surname, several of whom I am lucky enough to be in contact with. So far I've only got a photo of one out of all these Rowberrys and Rowbrees. The fabulous photo below included Robert Alfred Rowberry (1891-1961) - he is third from left on the back row. Many thanks to his great great grandson Gareth for the photo. It would be lovely to add more faces to the names, so if anyone has any more, please do get in touch. 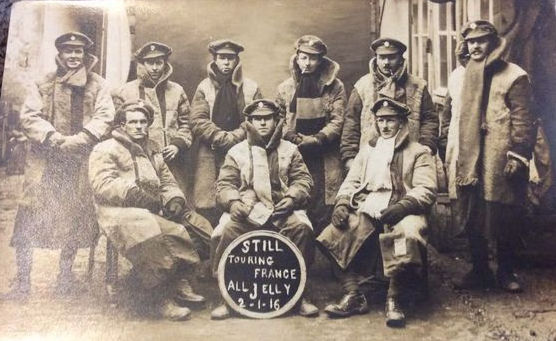 The family tree below summarises what I know about the above generations of the Rowberry family. It is hopefully reasonably accurate, but if you spot any errors, or any relatives, please feel free to E-mail me