The Brookes Family of Eye in Herefordshire

I've spent many years researching my own Brookes family in Herefordshire, making the occasional note of other Brooks or Brookes, but not paying them much attention. But recently a DNA test indicated that our Brookes family was related to a hitherto unknown Brooks family with descendants in the USA. This set me on a quest to link up the two families, so I started searching the Herefordshire records for Brooks/Brookes references. While still no closer to finding the connection I was looking for, I started to build up a large amount of information about other families. So in the hope that this information might be of use to someone out there and that maybe in turn someone can help me find my "missing link" I thought I'd start putting some other Brookes trees up on the Peasants to Puddles website.

So here's the first of those trees - I've called it the Brookes family of Eye, just because Eye is the village in Herefordshire where many of the early generations lived. The first definite person in this tree is Joseph Brookes who was born about 1755 and had a family in the late 1700s in Eye. I think Joseph is probably the son of William & Sarah Brookes who were having children in nearby Leominster at about the right time - including a Benjamin Brookes, a fairly unusual name for this time and one that Joseph subsequently used for one of his sons.

The younger Benjamin Brookes settled in nearby Kimbolton and raised a family there. His brother James remained in Eye before settling in Luston. James married twice and the image below shows his second marriage from 1835. 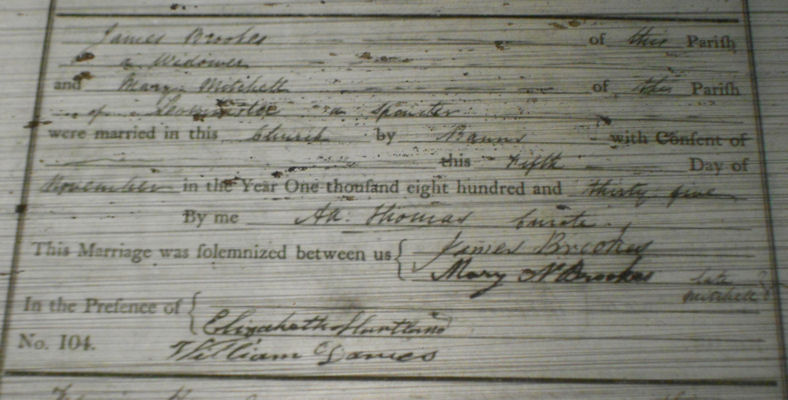 James had a total of 8 children between his 2 wives, many of which died sadly young. One at least, another James Brookes, survived to adulthood and married Jane Jones in Eye in 1847. At least 3 of this James's sons married and had children, so I'm reasonably hopeful that there might be Brookes descendants out there still. One son, James Brookes, settled in Stretton Sugwas. John Brookes settled in Yarpole, also marrying twice and raising a large family. Samuel Brookes settled in the Brecon or Brecknock area and had a large family there with his wife Annie Evans. The photo below shows Samuel & Annie and their eight surviving children and was kindly shared with me by one of their great grandchildren. If you hover the cursor over the faces you should see the individual names pop up. 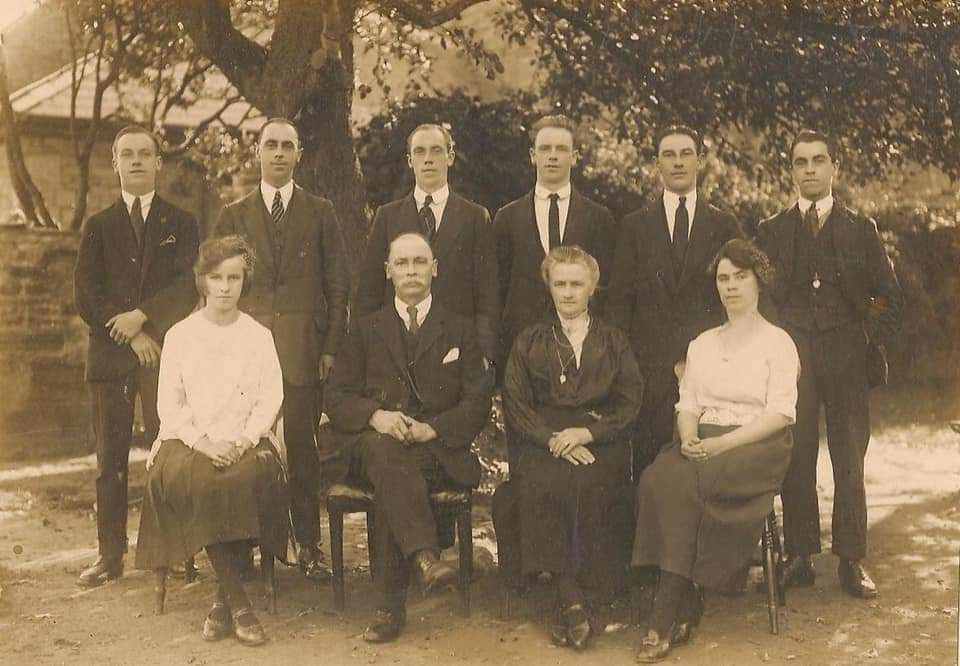 There must be lots of descendants of this family out there still. It would be lovely to hear from anyone with a connection to this branch of Brookes of Herefordshire. In particular it would be lovely to get some photos of some of the people shown in the tree below, or any additional information to flesh it out a bit.

The family tree below summarises what I know about this Brookes family. It is hopefully reasonably accurate, but if you spot any errors, or any relatives, please feel free to E-mail me