Emma Birt, born in 1815 in Claines, Worcestershire, was my 3 x great grandmother. Emma was the youngest child of William Birt & Mary Barnett, who had married in 1805 in Claines. 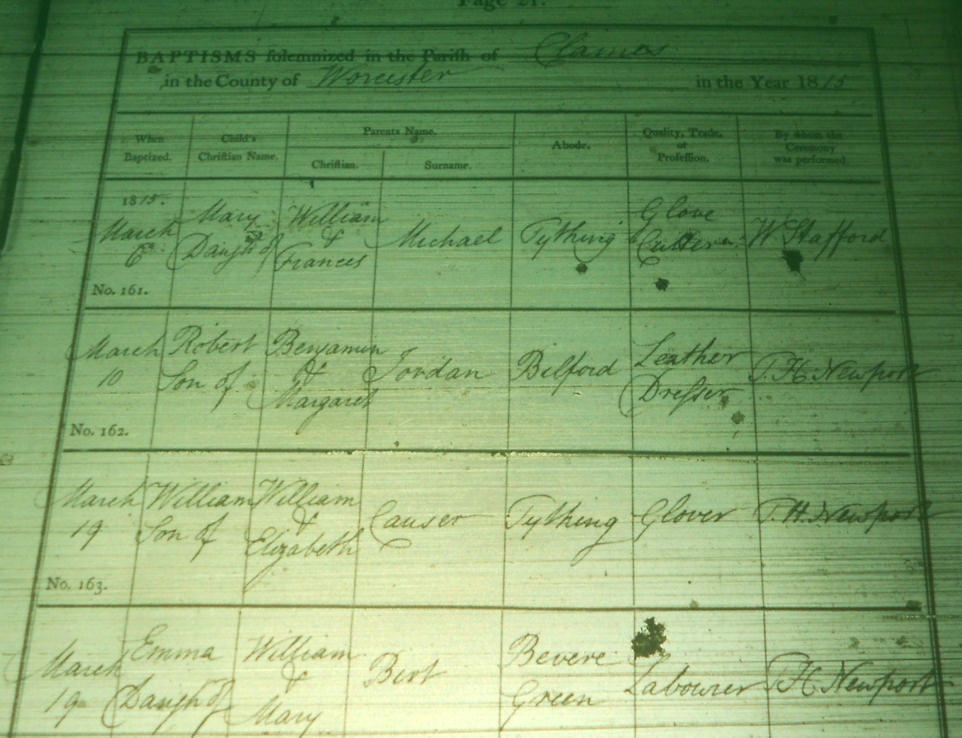 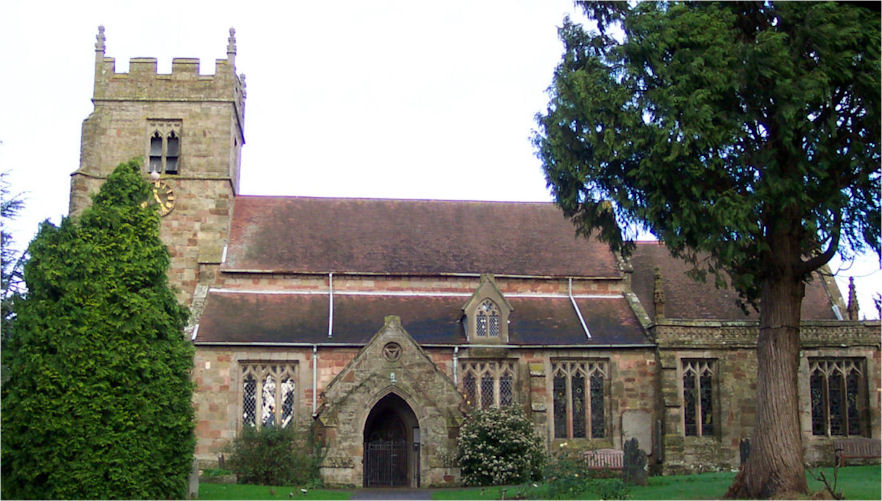 Emma married Joseph Corbett in 1842 in Westhide, Herefordshire. The 1851 census for Claines shows William & Mary Birt and with them one of Emma's children - Maria Corbett. Maria was described as a niece, but in reality she was their grand-daughter.

Emma & Joseph settled in Westhide and it looks as if her brother William Birt joined them in Herefordshire. By 1861 he was living in Withington with his wife Mary Ann and working as a gardener. William Birt and Mary stayed in Withington until their deaths in 1896 and 1887 respectively. William's final years were spent living with his niece Harriet Rock (nee Corbett). The probate register states that when he died William was a retired butler, but I've yet to find out which family he worked for. William and his wife Mary are buried in Withington churchyard, just a couple of stones away from Harriet Rock. The picture below shows their gravestone in Withington and since the lichens make it very hard to read, there's a transcription next to it.

Emma Birt's parents William & Mary died within a week of each other in 1851. Mary died first and William must have put a notice in the local paper. Just a few days later the family had to do the same for him. Image created courtesy of THE BRITISH LIBRARY BOARD. Image reproduced with kind permission of The British Newspaper Archive (www.britishnewspaperarchive.co.uk).

William & Mary had been married for 46 years and had at least 6 children of which two sadly died in infancy. The image below shows their marriage licence, with one of the witnesses James Burt - William's younger brother.

William was the son of yet another William Birt and his wife Martha Seward, who had married in 1765 in Claines. I think William died in 1797, but the burial registers at that point did not provide an age, so I don't know when he was born. There are a couple of possible baptisms for William Birts in Claines, but for the time being I can't tell which is his. Martha was from the nearby parish of Hindlip and that was where their first child was born. Martha died in 1819 at which point she was said to be 77 which fits with a baptism for Martha Seward in 1742 in Hindlip to John & Mary Seward. It took me a while to work out that John & Mary Seward were the same as John & Mary Shuard who had married in nearby Salwarpe in 1729. The surname spelling changed from Shuard to Seward when they moved to Hindlip; as the were almost certainly illiterate, the spelling would have been down to the vicar.

The family tree below summarises what I know about the Birt and Seward families. It is hopefully reasonably accurate, but if you spot any errors, or any relatives, please feel free to E-mail me